Landscape Irrigation System is Protected with “One Good Separator” 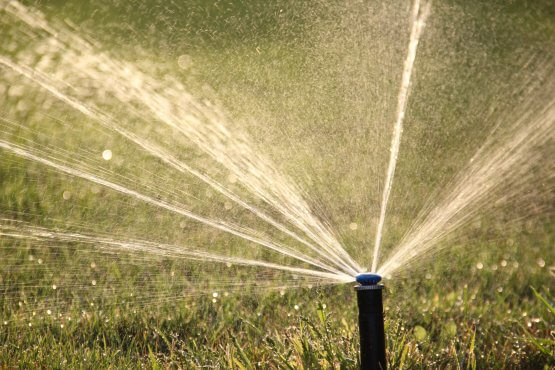 Landscape Irrigation System is Protected with “One Good Separator”

It seemed that everything that could possibly go wrong was going wrong for Larry Roberts of Steinhatchee, Florida and his landscape irrigation system. Very fine, grit-like sand in his well water was plugging or damaging almost every aspect of the system. But after installing a centrifugal-action sand separator between his well and pressure tank, only clean, particle-free water flows through his sprinklers, and maintenance has become a thing of the past.

Roberts was under siege with problems caused by sand. Electronic underground valves, which control five different irrigation zones on the 11⁄2 acres of lawns and gardens, were becoming clogged and required cleaning or replacements that cost about $22.50 each. Pop-up and pulsating sprinkler heads were clogging in a similar fashion and needed frequent disassembling and cleaning. Orifices on spray nozzles were also becoming worn and enlarged. According to Roberts, “Some of the nozzles are not replaceable. This means entire units had to be replaced.”

Still other problems arose. Sand was accumulating in Roberts’ pressure tank, and without some sort of filtration protection ahead of the tank, sand was free to collect inside. It then became necessary to dismantle the galvanized pipe, remove the tank and then flush it clean. The PVC outlet piping also had to be cut and then replaced when the tank was reassembled. Even Roberts’ on-line liquid fertilizer system had to be shutdown. The unit, which systematically injects the fertilizer into the piping system, has metering valves which were being plugged by sand. Consequently, the flow of the concentrated fertilizer was being disrupted.

Roberts’ first attempt at eliminating the problem was unsuccessful and disappointing. “I had tried a fine-mesh filter, but it clogged too quickly — rendering it useless,” explained Roberts. After reviewing several products with an irrigation dealer in Winter Park, Florida, Roberts decided on a LAKOS Sand Separator, which uses centrifugal-action to remove sand and silt from water. He particularly liked the fact that it is non-mechanical, has no moving parts to wear out and no screens or filter elements to clean or replace. These benefits were enough to convince Roberts — and the savings were enough to satisfy him. “Ever since I installed the separator between the well-head and pressure tank, all the irrigation problems I had in the past have been eliminated,” claims Roberts. “LAKOS Separators are really the answer to filtration problems like mine.”

Although LAKOS offers a selection of automatic purge systems to virtually eliminate routine maintenance, Roberts chose to use a manual purge valve on his separator. “I like to be there to witness the purging of what used to be a very big problem. And besides, it only takes a few seconds after every second watering on my entire property,” says Roberts. “All my headaches have disappeared with one good LAKOS Separator. As far as I’m concerned, it’s the cat’s whiskers!”