Chiller Tubes are Free of Solids at Hydro Power Station

Chiller Tubes are Free of Solids at Hydro Power Station 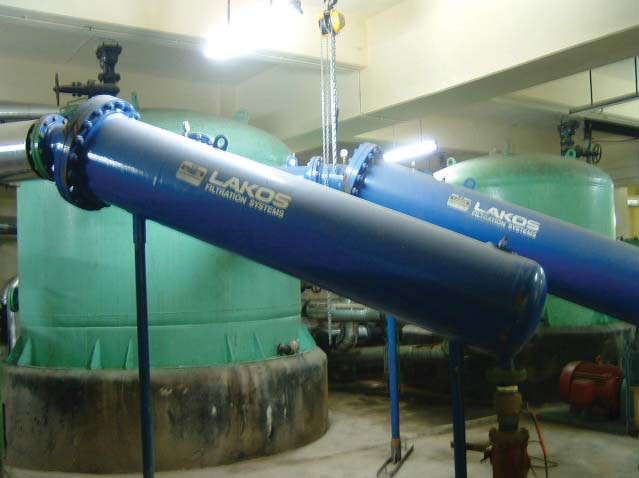 Problem: During monsoon season between June and September, solids levels in cooling water at the Salal Hydro Electric Project of National Hydro Power Corporation’s plant rises considerably – from approximately 5000 PPM normally to as much as 40,000 PPM at times with the flooding of the Chenab River. Abrasive river-borne solids, such as quartz, prove to be troublesome for the power plant heat transfer equipment. High concentrations of sand, silt, and angular quartz particles directly contribute to fouling of the plant heat exchangers and chiller tubes, forcing frequent shutdowns for equipment inspection, cleaning, and repairs. More importantly, fouled heat exchangers caused frequent shutdowns resulting in the loss of precious opportunities to generate electrical power in India where every kilowatt counts. These shutdowns contributed to higher maintenance costs, parts and equipment replacement costs and significant losses in power generation revenues. 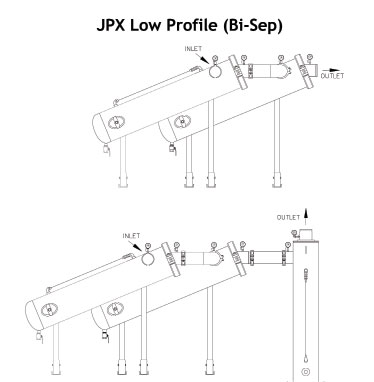 Solution: In November 2000, six pairs of Bi-Sep Separators (ASME coded, Model RFD/RAX-1202-B) were installed on the cooling water lines. Each LAKOS Bi-Sep Separator system includes one separator with an annular transfer ring to separate coarse solids as large as 40mm, and a second separator in the series is designed for secondary filtration and removes solids up to 9 mm in size. The second unit also removes 90% of solids that are 40-70 μm (microns) in size (specific gravity of 2.6). This separator combination was specifically selected for a Hydro Power Application where heavy solids loading is the norm. These Bi-Sep Separators remove approximately one ton of solids per hour during the monsoon season.

LAKOS Separators have substantially reduced the wear and fouling of the chiller tubes and reduced maintenance costs for heat transfer equipment. Return on investment was realized almost immediately after the installation as frequent shutdowns due to solids loading was reduced by half. Since 2000 these separators have been operating and protecting the auxiliary cooling circuit at Salal Hydro Electric, keeping the plant operational when typically higher solids levels in the river would have required plant shut down.

Success at this plant has led to many other successful power generation applications throughout India and the world. 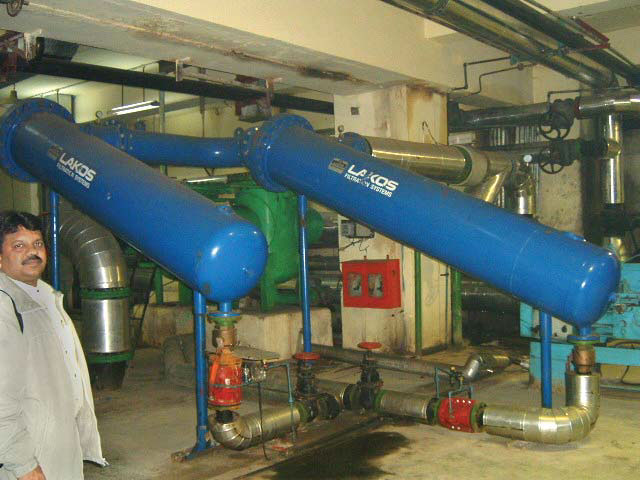