The Cogen system’s cooling tower basin is exposed, making it vulnerable to dirt and debris.

Problem: At the foot of the picturesque Mt. Shasta in Northern California sits a very large biomass/wood-fi red 13-MW Cogen system. The lumber mill’s system is needed to meet zero discharge facility demands, as well as ensure the longest maintenance cycle between shutdowns. The Cogen system not only sends energy to the grid, but provides the primary power for the production plant. The system is critical in ensuring maximum power availability and continuous production. Additionally, this area is subject to weather extremes including subzero to 100°+ Fahrenheit temperatures, up to several feet of snow in the winter, and hurricane force winds, potentially carrying all sorts of debris into the exposed basin of the cooling tower. The manufacturer knew they needed a reliable and effective filtration system to help combat the unwanted solids build up.

Solution: They installed a LAKOS filtration system which includes a tandem set of industrial JPX-1850 separators, Purge Bag Vessels (PBV), and a fully engineered basin cleaning system complete with 340 LAKOS HydroBooster nozzles. A pumping system directs fl ow through a series of nozzles that continuously sweep the basin fl oor. Settled solids are swept by the nozzles and directed to the LAKOS pump inlet. The separator is designed to continuously remove dirt, silt, and debris from the tower water. This prevents build-up in the basin, and more importantly, in the condenser tubes. 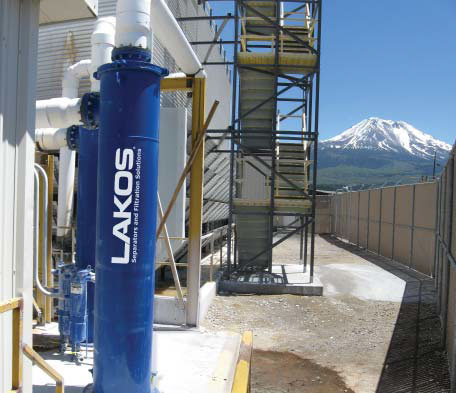 Results: Eighteen months after installation the basin was drained for an inspection. It was revealed there was no visible build-up of mud or solids in the basin. The basin concrete floor surface was readily visible after being drained. 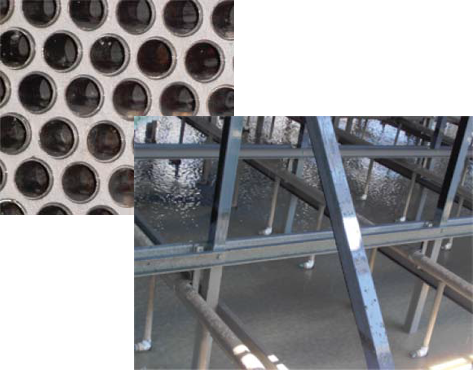 These condenser tubes
and cooling tower basin
stay clean thanks to
LAKOS.

The LAKOS system has performed remarkably well in keeping the system clean and free of solids. In fact, the operator of the local basin cleaning company commented that it was the cleanest tower basin he has ever seen. In his experience, they normally remove 1-3 feet of mud every 3-6 months in a typical power plant installation. He was amazed at how clean the system was kept while in operation for the past 18 months.

Dirt and sludge that can accumulate in the condenser has a very significant impact on heat transfer efficiency, but according to the inspection report, “the LAKOS system minimizes build up to maintain peak efficiency at all times. It is a remarkable system as evidenced by the results of this inspection.” 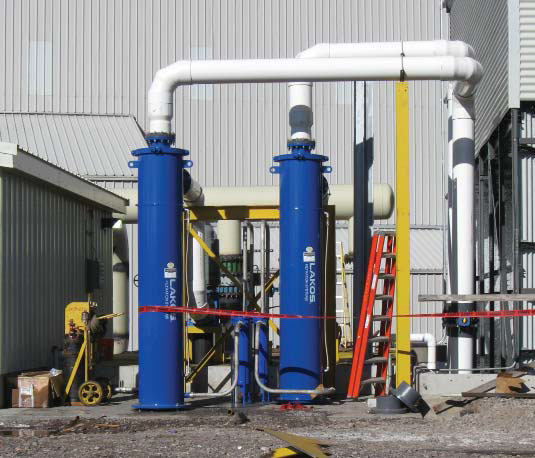