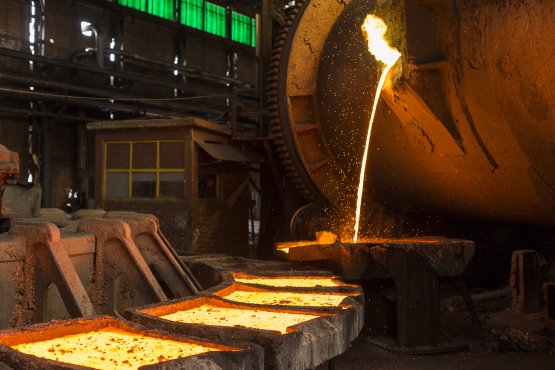 Problem: Scrubbers cleaning sulfur dioxide and sulfur trioxide at the smelter generated large amounts of solids, creating a flow of unwanted slurry throughout the system. Splitter boxes collecting solids from the scrubbers were quickly overwhelmed, and the overflowing slurry plugged spray nozzles, damaged valves and eroded pump casings, causing premature failure. Cleaning of the splitter boxes required shutting down the system, which was too impractical and expensive. The first attempt to solve the problem involved running the scrubber liquor through a conical tank to help settle the particles. This was not effective and a better solution was needed.

Solution: The slurry was run through LAKOS Separators for removal of the particles captured in the scrubbing process. Four LAKOS PRX Separators made of 316L stainless steel were purchased to deal with the problem. In the first 24 hours, one separator pulled four and a half tons of solids out of the system. An analysis was run on the particles that revealed 48 percent of every pound of material was pure copper. Removal of these solids not only improved system performance across the board, but lengthened the life of all system equipment, which allowed the system to scrub more efficiently. Additionally, after one month of operation, the purchase price of the separators, pumps, piping and installation cost was recovered and a net gain of $115,000 was realized. 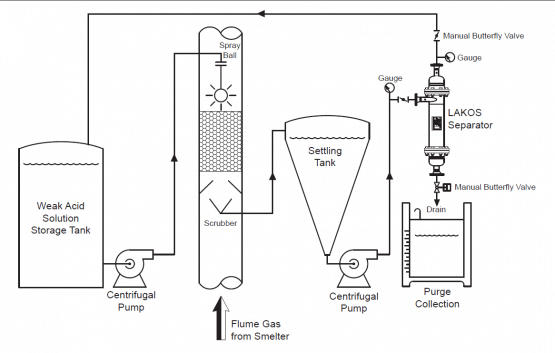