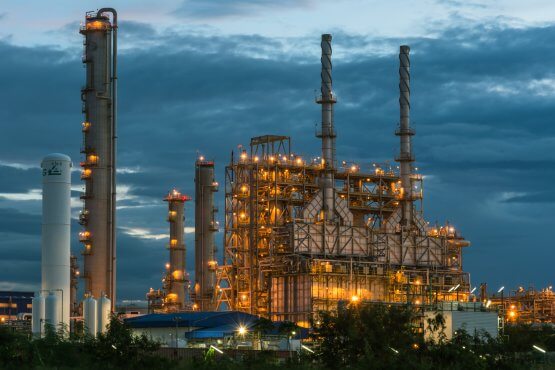 Problem: Two 770-ton cooling towers, serving the air conditioning needs of plastics manufacturing facility in Evansville, Indiana suffered significant solids build up and maintenance routines for years. Nearby agriculture and manufacturing processes were the primary sources of airborne particle matter. Despite tower basin cleaning at least 2-3 times per year on each system, particle matter accumulation to depths of as much as six inches were not uncommon. Carryover to the heat exchangers was inevitable, too, resulting in tube cleanings three times each summer. And, the fouling limited chiller efficiency to no greater than 80%, requiring supplemental chiller support in the way of a 400-ton rental chiller at $40,000 annually just to handle the normal load. Strainer cleanings, condenser storage tank cleanings and excessive water blowdown/make-up made the situation even more intolerable, costing them over $50,000 annually in supplemental service costs.

Additionally, this facility had already once suffered under deposit corrosion to its cooling tower basins, costing them approximately $250,000 for repairs. Conservative estimates suggested that fouling was well above normal levels, reaching 15-20% efficiency loss in the condenser tubes. Comparing the energy draw both before and after cleaning service, it was determined that a combined annual energy savings of $16,464 to $21,954 was possible if the heat exchangers could be continually protected from unwanted solids fouling (see chart on reverse for specific details). Note that this energy cost savings was achieved with an electrical cost burden rate of only $0.0335/kwh. 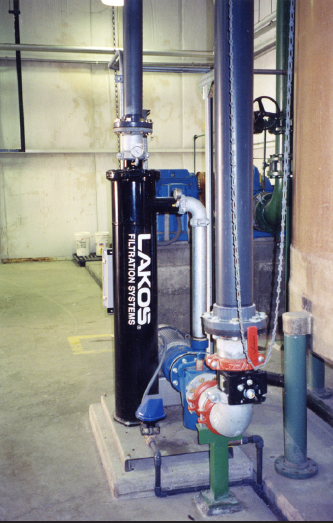 Solution: The solution was determined to be two LAKOS TCX TowerClean Systems with HydroBooster Packages to prevent unwanted accumulation in the tower basins.

Payback for the LAKOS Systems occurred in less than two years, based on energy savings alone. With the other savings factored in, payback was achieved in less than one year.

It’s important to note that the effective use of a LAKOS TowerClean System reduces the risk of legionella by preventing unwanted solids accumulation in the cooling tower basin or remote sump. This eliminates the breeding ground where this bacteria can thrive, and allows the biocide to reach and kill the bacteria. Keeping the basin or sump free of solids also controls under-deposit corrosion. Known as sulfate-reducing bacteria (SRB), this bacteria relies on the absence of oxygen by hiding beneath solids build-up to form the highly corrosive hydrogen sulfide and attack the tower basin, heat exchangers and more. Proper filtration and water treatment combine to effectively control this problem. 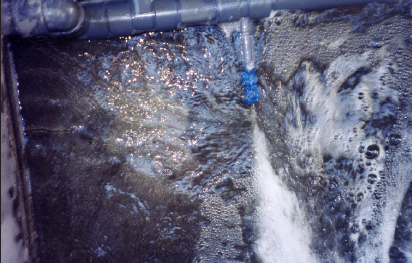