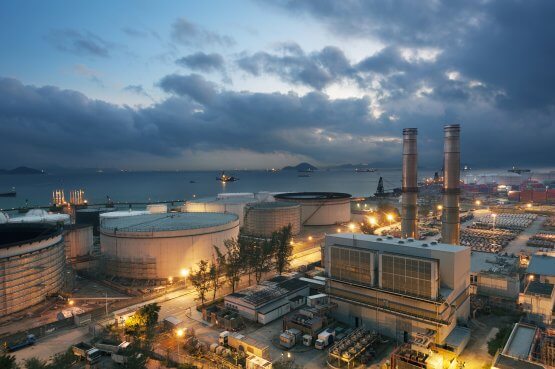 Problem: Due to heavy sludge fouling, the shell and tube heat exchanger of the hydrogen cooler at a major east coast power plant had to be removed from service to be mechanically cleaned every six to eight weeks. This typically resulted in two days of labor-intensive maintenance and a halt in the unit’s power producing capabilities, which translated into a loss of approximately $1,000,000/day per shutdown! Additionally, the main condenser of the closed circuit recirculating cooling water system was consistently experiencing a high rate of exfoliative corrosion and excessive pitting, the combination of which led to frequent system failures. Over the years, several chemical treatment approaches were tried, but the results were disappointing.

Solution: Unwilling to accept chronic shutdowns as routine maintenance and having achieved successful solids removal in the past with LAKOS In-Line Series Separators for pump seal protection, power plant officials decided to try the principle on-line centrifugal action filtration to protect both the hydrogen cooler and the main condenser system. Water for the hydrogen cooler is received from a 35,000 U.S. gpm (7,945 m3/hr) low head cooling distribution system, which also used for pump seals, bearing cooling water, and lube oil coolers. This water contained a significant solids concentration that led to a rapid build-up of sediment in the heat exchanger. After installing a LAKOS LAX Series Separator on the 3,500 U.S. gpm (794.5 m3/hr) flow allocated specifically for the hydrogen cooler, the fouling ceased, and during a scheduled inspection two years after the installation, the heat exchanger was found to be so clean that even minimal maintenance and repair procedures were cancelled.

Attention was then turned to the main condenser. The primary problem facing the recirculating cooling water was a heavy corrosion rate combined with extreme pitting of both carbon steel and admiralty brass system components. Through non-chemical technology, a complete interruption of galvanic corrosion was achieved, dramatically reducing general corrosion rates. Unfortunately, the dissolved solids that precipitated out of solution were settling on all low velocity horizontal heat transfer surfaces, resulting in heat flux impairment. To remove this precipitate (which is created only previously untreated make-up water), two LAKOS LAX Series Separators were installed on the discharge side of two of the three huge turbines pumping a total of 315,000 U.S. gpm (71,505 m3/hr) from a suction basin served by two cooling towers. By using a 10% side-stream technique along the principle flow paths to the main condenser, the separators complement the water treatment system by preventing scale and corrosive by-products from fouling the entire recirculating system. Plans are currently underway to install a separator on the third turbine pump to complete the filtration cycle. According to the plant’s Supervisor of Chemistry, the success of the condenser’s corrosion treatment plan, combined with the efficient solids removal of LAKOS Separators, is expected to save as much as $150,000 per year in chemical treatment costs alone. And, in reference to the entire ensemble of LAKOS installations at the plant, he says, “Of all the possible solutions we examined, LAKOS was the most highly efficient and cost-effective means of solids management. The performance of these separators has lived up to all our expectations.”